This method is also many times referred as “Monte Carlo learning”.

See Wikipedia for a brief intro to MCTS.

The core idea lies in creating “trajectories” into dependency graph and learn policy for which the software stacks should be resolved based on the reward obtained.

The figures below show a resolution that is guided using an MCTS predictor.

The very first figure shows exploration and exploitation phases balancing using annealing schedule. As can be seen, the exploitation phase finishes roughly in iteration 30000 when the acceptance probability for expanding a neighbour candidate drops to 0 and only the highest rated candidates are expanded (exploitation). 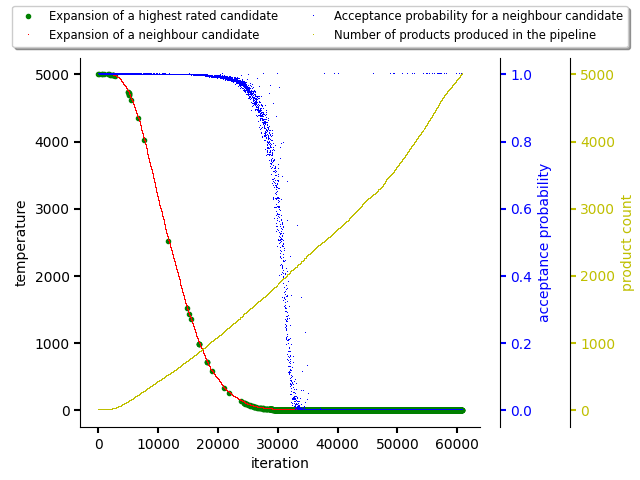 The exploration and exploitation phase is balanced using an annealing schedule. The balance factor can be parametrized using temperature_coefficient parameter that can be supplied to the predictor. see reinforcement learning intro section for more info. 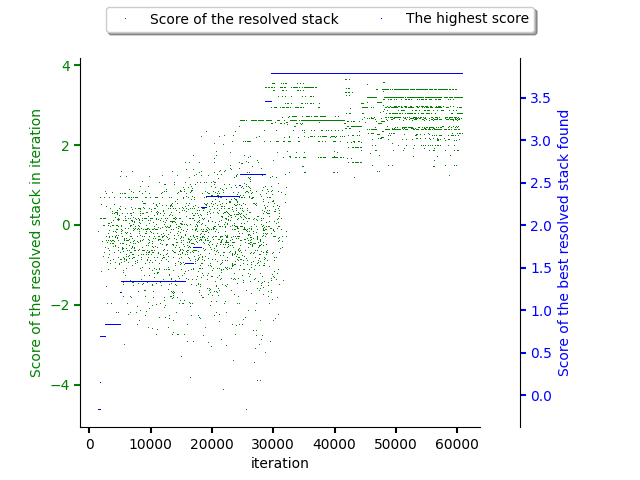 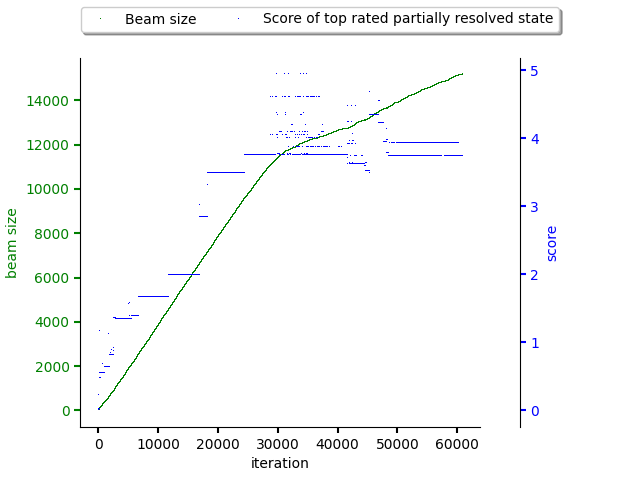 It’s also worth to point out the dataset used when creating plots was made out of sparse scores.