Dependency Monkey was designed to automate the evaluation of certain aspects of a software stack, such as code quality or performance. Two main aspects will be derived from software stacks as observations. Observations are currently consumed by Thoth for its recommendations/advises:

Dependency Monkey is made out of multiple parts used in the project Thoth:

Example Use of Dependency Monkey¶

To illustrate Dependency Monkey use, let’s create a fictional use case. A first interaction point can be /dependency-monkey/python endpoint exposed on Thoth’s Management API service (there is currently supported only Python ecosystem). This endpoint accepts input from a user which is in the form of a software stack that should be validated. The software stack input is compatible with Pipfile as produced by Pipenv that can assign different package indexes to packages so dependency monkey can verify Python packages across different Python package indexes.

Besides software stack, the mentioned dependency-monkey endpoint accepts a base image that should be used for software stack validation and verification. Currently, supported distributions span across those using dnf, yum and apt for native packages. There can be optionally passed a list of native packages that should be installed into the given base image on build time (for example Pipenv for testing Pipenv provided in Fedora as an rpm). Optionally a URL or a script can be passed and will be used to validate the given software stack (scripts output a JSON - see this example). See OpenAPI specification of Management API to see all the possible options.

Once the dependency-monkey endpoint is triggered with the requested input, a “Dependency Monkey” job is created in one of the Thoth’s namespaces reserved for Dependency Monkey runs (pre-allocated pool of resources).

Amun is a service that is capable of building software stacks considering the base container image and native packages that are requested to be installed. This procedure is done in the build inspection jobs triggered by Amun API in inspection namespace with resources dedicated for inspection runs. OpenShift builds and image streams were reused for building resulting container images.

The video above demonstrates a use of Amun service. Refer to thoth-station/amun-api repo for more info._.

The video above demonstrates a use of Dependency Monkey which submits inspections to Amun. Amun uses Argo Workflows to verify the software stack quality. 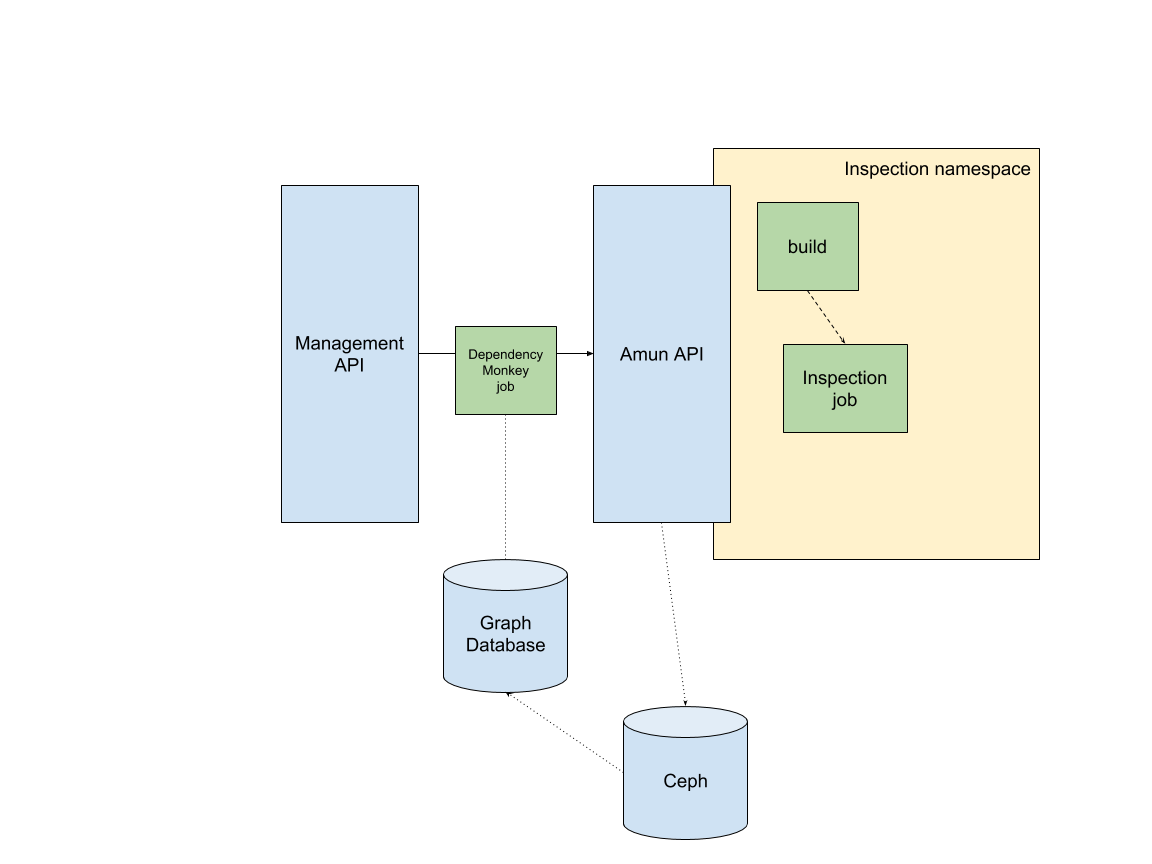